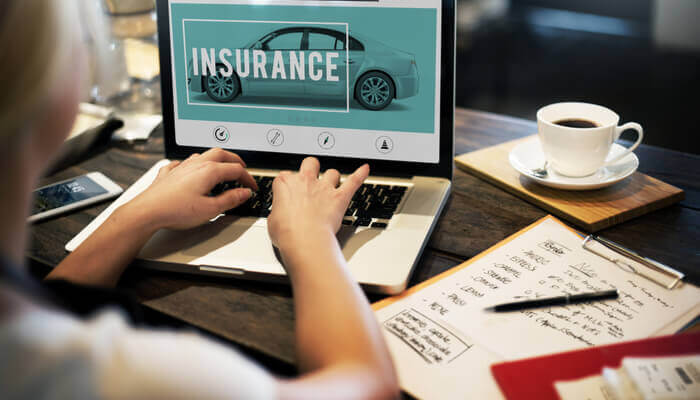 The term insurance is used to refer to a form of financial loss protection. It can be described as a risk management measure for uncertain losses, which helps an individual or assets to hedge against the dangers.

Additionally, the insurance company may protect its own risk by taking an insurance policy with another insurer. This process is called reinsurance. The second company may, therefore, agree to carry some part of the risks. The sharing is common whenever the primary insurance company finds the risk too high to deal with.

The law requires everyone to have certain types of insurance when carrying out some activities such as motor insurance to drive. Also, a person’s mortgage requires buildings insurance, while life insurance is considered essential. Although individuals should avoid paying for unnecessary insurance, the idea of insurance is based on whether an individual can sustain any disaster that can strike them.

Some of the essential insurance policies cover various aspects of life, such as home, health, business, vehicle, and retirement.

How Insurance Is Obtained Or Given

As mentioned earlier, premiums are paid regularly after the insured purchase an insurance policy. Also, any claim submitted to the insurer is subjected to terms of the policy. That is before a loss is compensated. Failure to make a claim means that no money will be received back. As a result, it is added to a collective pool together with other insured entities or persons covered by the same insurer. The policyholders’ premiums help to cover for the losses when one of them makes a claim.

Factors that determine the type of insurance

How to Buy an Insurance Cover

Calculation of the Premiums

To determine the cost of an individual’s premium, the insurers rely on risk data. They estimate and calculate the possibility of a happening that the policyholder is insuring against. The insurer must consider the degree of risk they are likely to experience. The more likely the happening is likely to take place, the higher the risk an insurance company might face; therefore, the premiums are set at a higher value.

In one year, only a portion of all policyholders submit claims to the insurer.

Different insurance policies have different terms and conditions, but three main principles exist across all forms of policies. They state that:

Impacts of Fraud on the Insured’s Insurance Payments

The Regulation of Insurance Companies

Governments must overlook all legal businesses in a country. The state governments primarily regulate insurance companies. Insurance laws depend on the territory they are set and, hence, vary from country to country. The state legislature, for instance, may approve insurance laws, which are in turn administered by a chief insurance regulator in Columbia. Another example is Michigan: the Michigan Office of Financial and Insurance Regulation is the state agency that regulates insurance companies. The OFIR Commissioner is the chief insurance regulator in the country.

Property and Casualty Insurers – These are companies that cover risks associated with accidents of non-physical damage — for example, car crash; harm or loss of personal assets; lawsuits; and others. The companies include Allstate, Nationwide, and State Farm.

Accident and health companies- They are the most common in the minds of people. They assist people who encounter physical harm. Some of the largest companies include Anthem, AFLAC, Aetna, and UnitedHealth.

Insurance companies enjoy various advantages: they are allowed to invest using the pooled amount from their customers. This is common practice with banks, although the investment of insurance operators occurs on a larger scale. In some cases, this is called “the float”.

Float is as a result of an extension of money by a party to another without expectation of a refund unless an agreed event occurs. As a result, there is a positive cost of capital for insurance companies. This mechanism differentiates insurance operators from banks, equity funds, and mutual funds.

The insurer controls the amount of contributions (premiums) to make sure there is enough money available whenever policyholders submit large claims.

Significant losses occur during natural catastrophes resulting in multiple claims. For example, Alberta experienced flooding in 2013 and assessments and compensations are ongoing. Also, there were about 700,000 claims in Quebec, New Brunswick, and Ontario after the 1998 ice storm which left damages of approximately $1.4 billion.

The insurer compensates only the insured losses detailed in a policy. Therefore, one should thoroughly read the contract and consult the insurance company to know what is covered and what is not. An insurer cannot pay for all issues a policyholder experiences or cater to frequent home maintenance. The primary purpose of insurance is to target – and charge properly – any unknown event that may occur abruptly and are purely accidental. For instance, a person living in an area prone to flooding by a river and experiences floods during a known rainy season, this event is not accidental or sudden: it is inevitable and not insurable.

An insurance contract involving the company and an individual is governed by basic legal requirements and regulation. The most common principles legally quoted are listed below.

Sarah taylor is a full-time content writer who previously worked as a freelance writer. Sarah is passionate in all things related to writing and content creation, and ensures client satisfaction in her work.


Apply Online Today to Get a Fast, Easy and Secure Loan

Material Disclaimer: Slickcashloan.com website’s owner doesn’t lend or represent any lender or provider of such service, doesn’t make decisions regarding credits or loans, and isn’t implicated in any way in the process of lending. Slickcashloan.com is a platform that connects potential loan borrowers with reliable and reputable loan lenders. It doesn’t regulate the lending process hence isn’t liable for the actions of the lenders. The particular lender offering the services is responsible for and controls loan terms, rates, fees, loan amount, terms of repayment, legal actions for late and non-payments, as well as cash transfer times.

APR Disclosure: An APR (annual percentage rate) refers to the specific rate at which loans accrue interest and is generally based on the cost, amount, and loan period, as well as the prescribed payment timing and dollar amounts. Any lender that offers loans to consumers must by law show a borrower the exact APR charged for the loan and all loan terms prior to the execution of any loan agreement. Certain states may have specific laws that limit the APR that lenders may charge any borrowers. The actual cash advance loan APR ranges from 200 percent to 1386 percent, whereas the APR for installment loans ranges from 6.63 percent to 225 percent. However, loans made in those states with no laws regarding APR limits for loans and any loans made by lenders that are not currently subject to state laws in these regards could carry even higher APRs. PLEASE NOTE: All APR rates on cash advance loans may be subject to change at any time.

State Regulations: Borrowers in some states might not be eligible to apply for some online loans. Additionally, loan services aren’t available to all jurisdictions or states.

Credit Implications: Lenders on slickcashloan.com can review a borrower’s credit history when making the lending decision. This process can involve contacting an applicant’s credit bureau to determine their credit aptitude, worthiness, and standing.

Loan Approval: Slickcashloan.com doesn’t guarantee approval of any loan. This website is just a platform for linking borrowers and lenders. Therefore, the decision to approve or not to approve the loan depends on the lender.

Borrowers Beware: Short-term lending is intended to address financial needs for a short time; hence, it can’t be used as a long term solution. Short term loans come with some costs that may make a borrower’s financial situation worse. Applicants are advised to consult with a financial expert about the risks involved in taking a short term loan and the best alternatives.