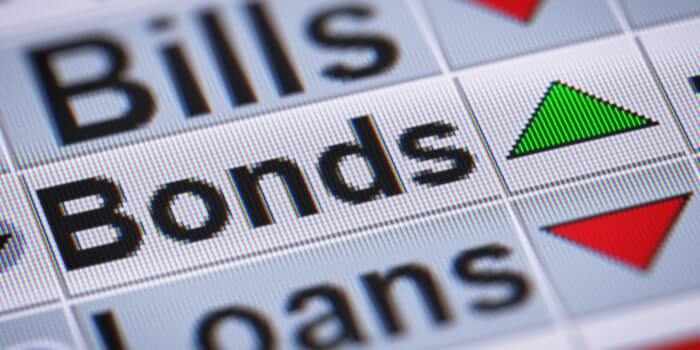 We usually come across the term “bond” when it comes to economic or financial matters. Most of the time, the term is used during some economic transaction by corporate or related to some governmental investment – usually seen as some sort of capital that aids in a transaction. This article is aimed at making our readers understand what exactly a bond means in finance.

According to the Oxford dictionary, especially in terms of finance, a bond is a legal document or an agreement, usually given by the government or a company, which states that the institution is to pay a certain amount as an interest for the sum of money a person has lent to the particular institution. It can be considered as an instrument of an obligation of the issuer to its holder. In simple terms, it is a kind of loan, which is given to a company or a government, unlike the loans usually given by the government or a company. Though there are several types of bonds, two most used and the common types of bonds include the corporate bond and the municipal bonds.

How does it work?

A bond can be considered as a security for a debt, in which the issuer of the bond owes a particular sum amount of money to the bondholder, which has to be paid within a particular amount of time. The amount and the time period of a bond depend on both the parties – the issuer and the holder – and it varies as per the mutually agreed terms. The indebted institution, which is either the government or a company, is to pay back the loan through interests, also known as coupons, or to return the whole principal amount, along with interest after a specific period of time. In financial terms, the period of time when the bond has come to an end, and the amount has to be paid is known as the maturity date.

Features of the Agreement

Legally, since the bond is an agreement, there are certain characteristic features which are common to each and every bond. It contains the details of the loan which has been paid by the investor to the borrower. For instance, the most important information mentioned in the bond is –

Basic Characteristics of a Bond

There are some basic characteristics of bonds that have to be kept in mind.

A bond is treated as a fixed income instrument. To understand it in simple terms, it means that a bond usually gives the bondholder a fixed amount of money, which was decided to be paid as an instrument in the agreement. Though it is one of the traditional characteristics of a bond, today, variable floating interests are also paid through a bond, and this depends on the kind of agreement.

A number of people tend to ignore or fail to acknowledge credit rating as an important characteristic factor of a bond. Credit ratings of a company or government are important to consider since it affects the price of the bond, interest (coupon) rate, and also the investment amount by the lenders. Companies with high credit ratings have a good reputation and low risk of being a defaulter, while on the other hand, low credit ratings indicate a high risk of being a defaulter in the market. There are several trusted agencies and online websites which release the credit ratings of companies and agencies who trade bonds. Taking it into consideration, the high-quality bonds issued by high credit ranking companies or government are called Investment Grade Bonds, while the average and low credit rating bonds are called High Yielders or Junk Bonds.

The price of a bond is inversely correlated with the interest rates. It means that if the rate of interest of the bond is high, then the price of the bond is low, and vice versa. Moreover, other factors that influence the price of the bond include the credit quality of the borrower and also the time period (maturity time period) of the bond. To explain it in a more simple way, bond issuers who have a low credit quality pay more interest because they are at a greater risk of being defaulters. Since the lenders are also making an investing risk by giving them credit, interest rates are kept higher to ensure low risks for the bondholder.

Why are Bonds Issued?

There are times when banks are unable, incapable, or either not allowed issuing the sum of amount as required by a company, state, government, or any governmental institute. During such a moment, these institutions or companies have to depend on independent lenders for the sum amount. These lenders can either come together as one lending party or one individual can lend the whole amount.

There are many ways how bonds can be issued – either publicly, OTC (Over the Counter), or privately between the lender and the borrower. Bonds become a legal agreement between the lender (bondholder) and the borrower (bond issuer). Once the bond has been issued, a particular interest or the whole principal amount has to be paid back to the bondholder. Since bonds are liquid tradeable assets, the company or government has to pay it to the person or trust who currently holds the bond.

As mentioned above, there are several types of bonds available in the market. Some of them are as follows:

Corporate bonds are one of the most common bonds available in the market, and maximum bondholders hold this type of bond. As the name suggests, these types of bonds are specifically issued by companies. It would be interesting to note that companies are the highest issuers of bonds in the market since they require or accept high amounts that banks do not or cannot provide. These bonds are usually of high value and one reason why they seek loans in returns of bonds because they get a lot of advantage in the market by providing bonds instead of taking loans.

As the name mentions again, municipal bonds are usually issued by the municipalities or state. Though municipalities or states have reserved revenue and a budget to go ahead with their state business, sometimes, they depend on independent individuals who would invest in them. Municipalities or state usually issues bonds whenever they plan on starting a new project and need a huge amount as investments. Similar to the companies, instead of taking loans from banks, they find it beneficial to take in investments from the individuals themselves. Depending on the municipalities as well as the state policies, some municipal bonds even provide tax-free interest income for their lenders or bondholders, who wish to invest in their project plans.

Government bonds are slightly different from municipal bonds since they are issued by the Treasury. Government bonds have a time period or maturity period for a long – which is usually more than ten years. Moreover, these bonds are issued by the national government and can also be known as sovereign debt, since it is the sovereign who has taken the loan from the individual. Investing in government bonds are known to have low risks before maturity since the government usually ensures back the principal amount. These bonds also have a high value in the market, making them more profitable in the secondary market.

Unlike the municipal and government bonds, agency bonds are usually issued by a particular governmental affiliated agency. These agencies can be totally independent and autonomous, or they can be partly overlooked by the government. Though agency bonds are really less in the market, they are also worth investing from the viewpoint of an investor, who has a profitable value in the secondary market.

In simple terms, bonds are a legal agreement which acknowledges a loan taken by a particular party. In contrast to the general loans which are issued by the banks to individuals or companies, bonds acknowledge the kind of loans which are taken by a corporation, company, municipality, state or the nation from a particular individual or group of individuals who are willing to invest. Similar to a loan, these companies or institutions provide interest to its lenders or the whole principal amount after a long period of time.


Apply Online Today to Get a Fast, Easy and Secure Loan

Material Disclaimer: Slickcashloan.com website’s owner doesn’t lend or represent any lender or provider of such service, doesn’t make decisions regarding credits or loans, and isn’t implicated in any way in the process of lending. Slickcashloan.com is a platform that connects potential loan borrowers with reliable and reputable loan lenders. It doesn’t regulate the lending process hence isn’t liable for the actions of the lenders. The particular lender offering the services is responsible for and controls loan terms, rates, fees, loan amount, terms of repayment, legal actions for late and non-payments, as well as cash transfer times.

APR Disclosure: An APR (annual percentage rate) refers to the specific rate at which loans accrue interest and is generally based on the cost, amount, and loan period, as well as the prescribed payment timing and dollar amounts. Any lender that offers loans to consumers must by law show a borrower the exact APR charged for the loan and all loan terms prior to the execution of any loan agreement. Certain states may have specific laws that limit the APR that lenders may charge any borrowers. The actual cash advance loan APR ranges from 200 percent to 1386 percent, whereas the APR for installment loans ranges from 6.63 percent to 225 percent. However, loans made in those states with no laws regarding APR limits for loans and any loans made by lenders that are not currently subject to state laws in these regards could carry even higher APRs. PLEASE NOTE: All APR rates on cash advance loans may be subject to change at any time.

State Regulations: Borrowers in some states might not be eligible to apply for some online loans. Additionally, loan services aren’t available to all jurisdictions or states.

Credit Implications: Lenders on slickcashloan.com can review a borrower’s credit history when making the lending decision. This process can involve contacting an applicant’s credit bureau to determine their credit aptitude, worthiness, and standing.

Loan Approval: Slickcashloan.com doesn’t guarantee approval of any loan. This website is just a platform for linking borrowers and lenders. Therefore, the decision to approve or not to approve the loan depends on the lender.

Borrowers Beware: Short-term lending is intended to address financial needs for a short time; hence, it can’t be used as a long term solution. Short term loans come with some costs that may make a borrower’s financial situation worse. Applicants are advised to consult with a financial expert about the risks involved in taking a short term loan and the best alternatives.